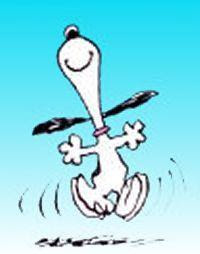 I have a book cover! *Gleeeeeeeeeeeeeeeeee! But I can't show it yet. *Pout. But its very cool and pretty and shiny. *Embarissing stupid grin. Hopefully, I can put it up soon, maybe in a week or two.

So, here's my happy dance of joy.

(Also, I absolutely adore the back copy. I didn't write it, but I wish I did.)

Posted by Julie Kagawa at 11:29 AM No comments:

I adore this book.

This is not a genre I read often. The genres I read often include dragons, faeries, werewolves (I've sworn off vampires for awhile), wizards, magic, flying carpets, kings, queens, and talking pink rabbits. In other words, I'm a big fantasy buff. BUT, then I saw the booktrailer for Perfect Chemistry ...

And was so intrigued and amused, I had to go buy it. I could give a summary, but the trailer does a much better job, so all I'll say is that it was amazing. I thought I would despise the female lead, Brittney, but from the first chapter, she shows she's not the stuck-up ditz I thought she'd be and I really connected with her. Alex, ah Alex. I always had a thing for stoic bad-boys with tragic pasts. And, what can I say, I'm a hopeless romantic after all. The chemistry (pun intended) between them was intense, and made me melt into a big happy puddle of goo.

Story: A. A classic Romeo and Juliet story, only with gangs and cheerleaders.

Characters: A+. I've read a lot of YA where I couldn't stand the protag, especially if it's a female. Call me old fashioned, but being rude and condescending does not come off as "snarky" or "tough," just smack-worthy. Alex and Brittney never got to the point where I wanted to slap them. They both acted like real, relatable teenagers, each with their own set of problems that they were dealing with in their own way.

Writing: A. No flowery language or stunning descriptions here, but the writing is real and down-to-earth, yet executed in such a way that you really feel what the characters are going through. And the ending left me grinning like an idiot. Overall, I can't say enough good things about this book. So, watch the trailer, and then go out and get this book. You won't be dissapointed.

Posted by Julie Kagawa at 11:29 AM No comments: