Teaser Tuesdays are back, baby!


At least until THE FOREVER SONG comes out, anyway.  Which will be in about six weeks, good gravy. 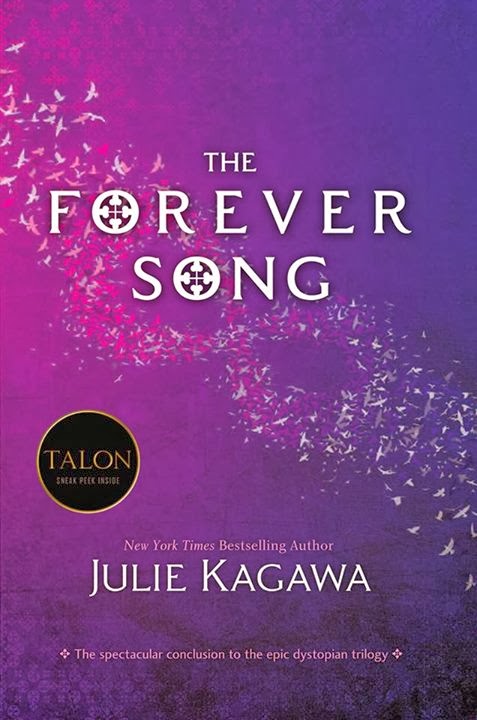 So, how about a quick teaser from The Forever Song to get things started?


And how about we begin with a short "Allison-being-a-badass" scene? 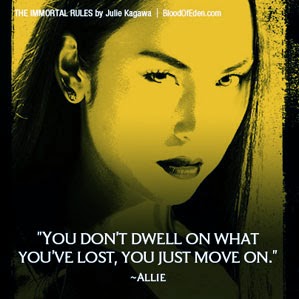 
Ignoring the pain, I snatched my katana from where it lay on the hood and roared a challenge to the giant bearing down on me.  As it loomed overhead, smashing down with a huge fist, I dodged aside, and its arm crunched into metal, leaving a deep hole behind.

And what kind of teaser would you like to see next week? 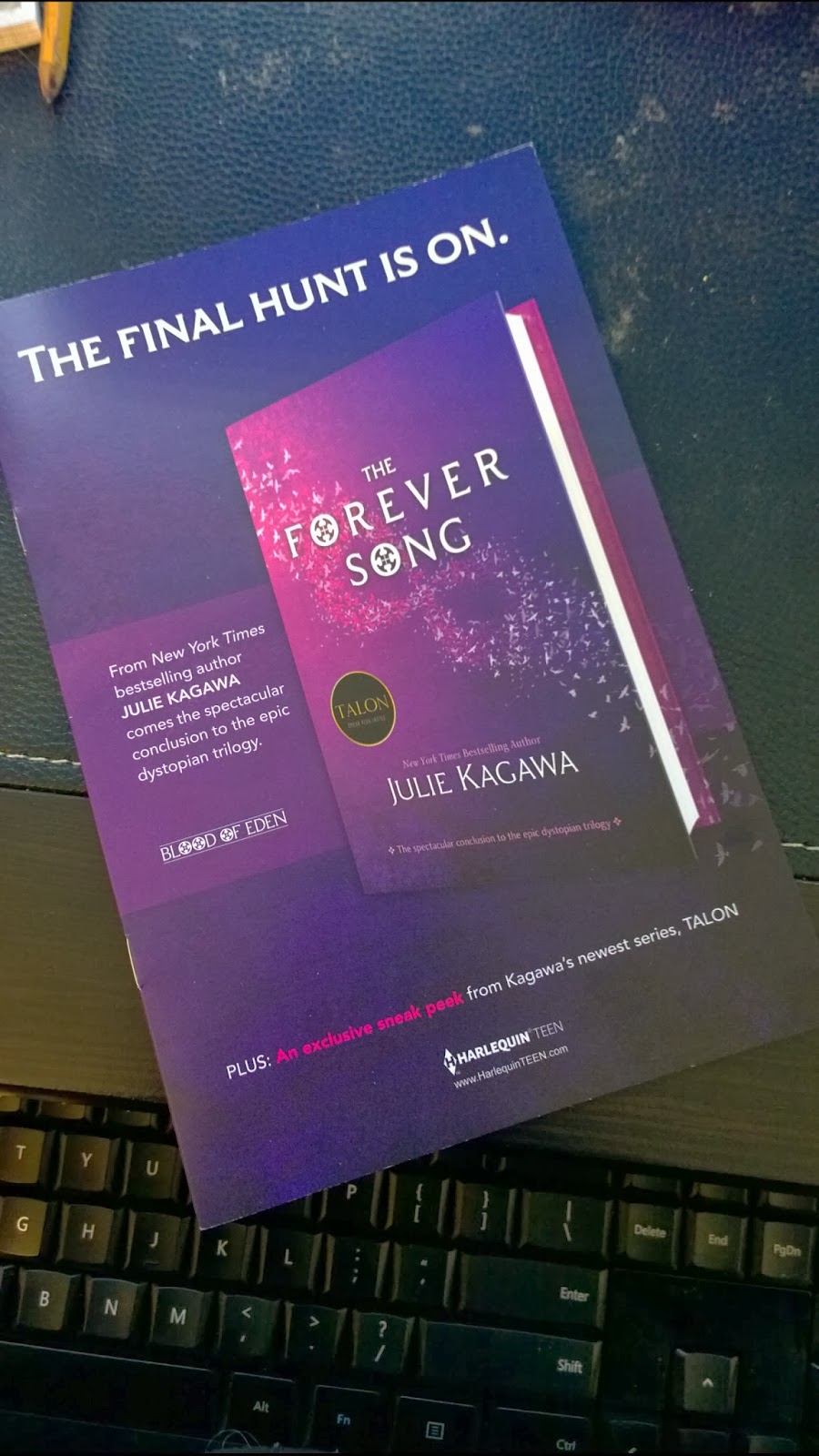 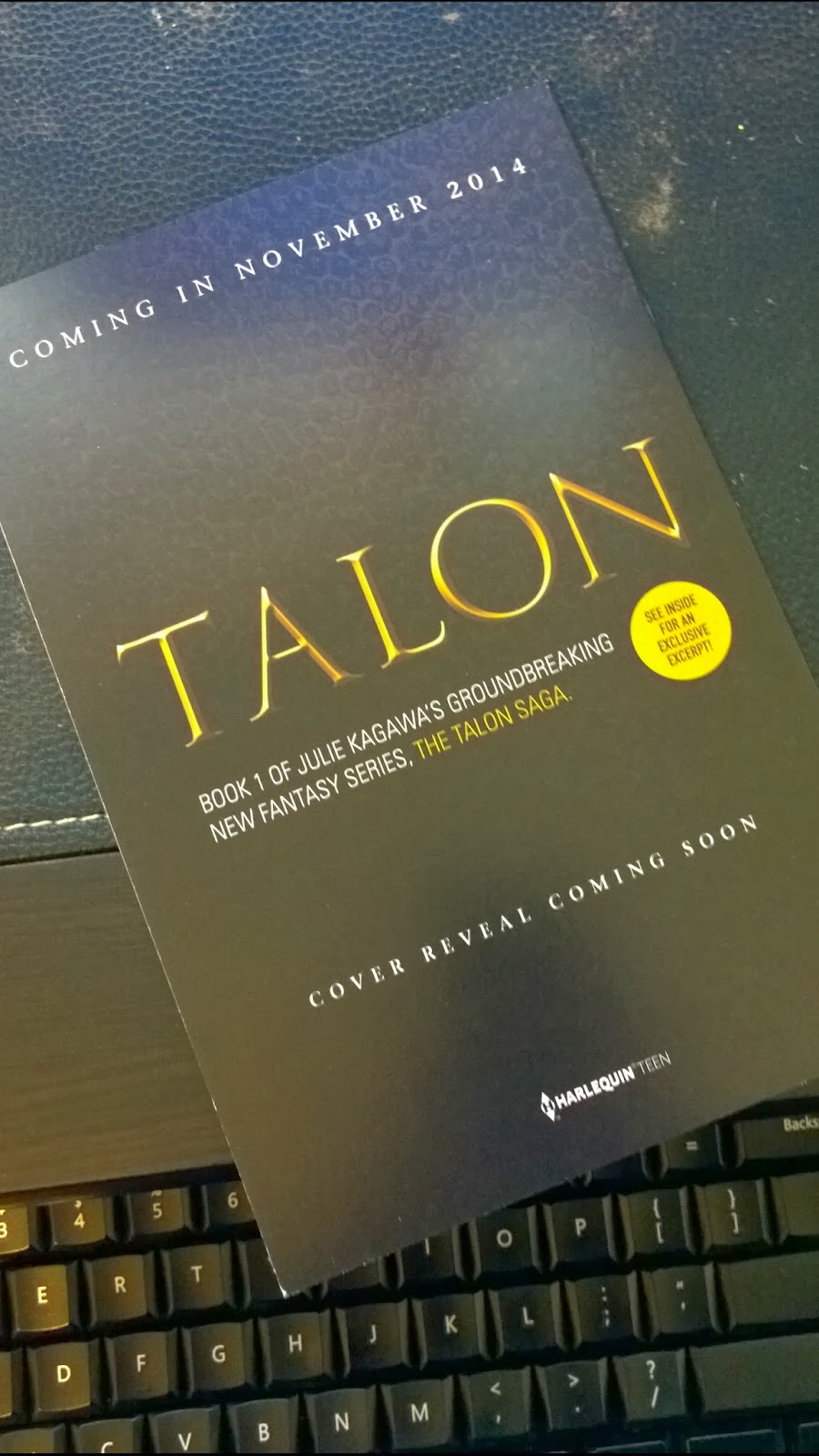 Ask Me Monday: Yet another vampire story

Hi everyone!  Today's Ask Me Monday question is this:

Do you have fears when you decided to write The Immortal Rules as it has themes such as vampire (which was quite a common theme)? Why do, or why not? How do you feel when it is so well received?

Ah. Well. This is a funny story.  If you check out the back of the Immortal Rules, in the acknowledgements page, you'll find my quote saying that, at the beginning of my writing career, I'd sworn not to write a vampire book.  I felt, back then, that the market was already flooded with vampire books (this was at the height of the Twilight craze) and that I didn't have anything new to add.

I'd been toying with the idea of some kind of post apocalyptic story when my agent called, asking me what my next series would be after The Iron Fey.  I didn't have much to go on, really just the setting, but I wanted to write something a little darker this time around.  My agent seemed intrigued with the idea of a post-apocalyptic world, but then mentioned that my publisher was currently looking for a vampire series.  The genre that I'd sworn never to write. Outwardly, I said "I'll think about it."

So now I had two things to consider.  On the one hand, I had my dark, cool, post-apocalyptic world idea. 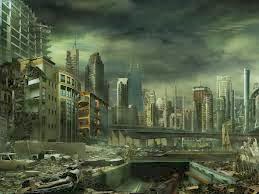 On the other, I had vampires. 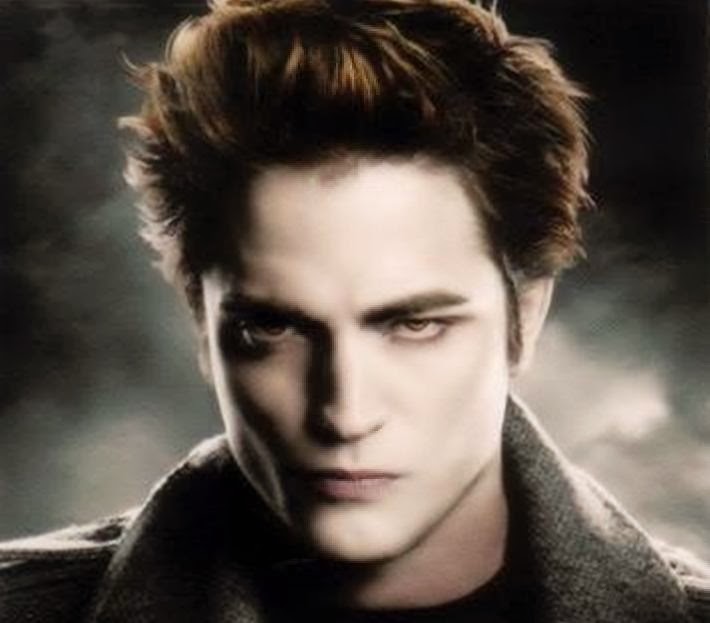 So, I wondered.  What would happen...

And BOOM, The Immortal Rules was born.

Well, maybe not that quickly.  But the idea of a post-apocalyptic world run by vampires hit almost instantly, and when I emailed my agent with the idea she thought it was awesome too.  I was a little concerned because, let's face it, vampires. As in, does the world really need another vampire book?  And when it did come out, I saw a lot of reviews that began with: "At first I thought this was just another vampire story... BUT..."

That "but" is all important.

So it was a bit of a relief to know that, despite my fears, I didn't write "yet another vampire story."  And you know what else I discovered?  Vampires are popular for a reason.  People love them.  They were popular when Bram Stoker wrote his story about the most famous vamp of all time, and they were around long before that.  Vampires, and the tales about them, aren't going away anytime soon.

So, perhaps someday in the future (a LONG way in the future) if the opportunity to write another vampire series comes up, I won't be nearly so hesitant.

Thoughts? Comments?  Questions?  Leave them below, and I'll see you next week for another Ask Me Monday.

The Faery Market and Vampire Faire


Hey, anyone in or around San Francisco this coming Valentine's Day week, check THIS out. 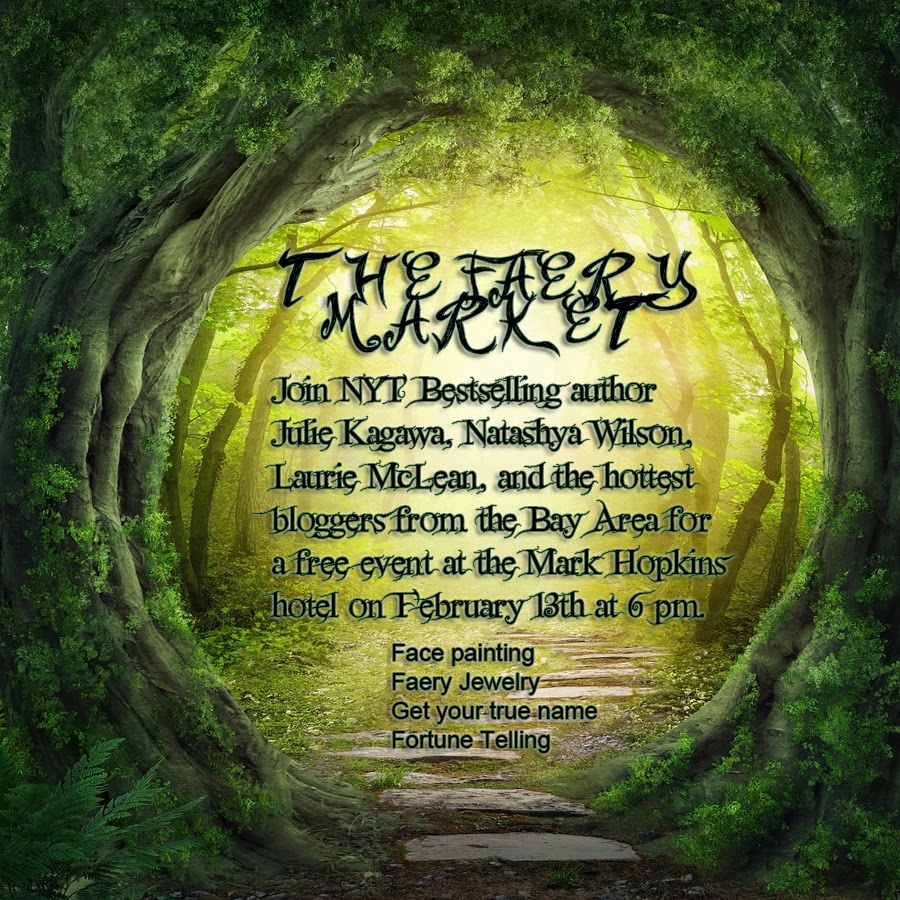 I'll be at the Mark Hopkins hotel on February 13th for THE FAERY MARKET.  It's going to be a blast! There will be booths with face painting, temp. tattoos, faery charms, glamour, swag, and more.  You can ask the fortune teller to tell your fortune, and get your own faery name printed on a cool certificate.

Sound awesome yet?  There will also be a brief Q&A session with me and my super awesome editor from Harlequin TEEN, Natashya Wilson.  And then, I'll be doing a reading from my new, never before seen dragon series, TALON.

It's going to be so much fun, guys.  The Faery Market begins promptly at 6pm, so consider yourselves invited to faeryland.


IMPORTANT.  The event is free, however, you will need to RSVP it.  To do so, go here.


But that's not all!  Can't make the Faery Market?  Come to the VAMPIRE FAIRE!  On February 15th, starting at 7pm,  Kepler's Books will be hosting a signing and Vampire Ball. There will be swag, giveaways, a Q&A session with me and Natashya, and then I'll be available to sign books.  There is also a costume ball, so come dressed in your best vampire garb.( I'll be dressed up, too, though the TSA requires I leave my katana at home, sadly.)

I'll be mingling through the crowd, and later I'll be doing a reading from THE FOREVER SONG, the third Blood of Eden book, which won't be out until April.

There will also be a bunch of my clay dragon figurines for sale at the faire, with all proceeds going to Kepler Teen’s outreach program for at risk and low income teens in the San Francisco Bay area. 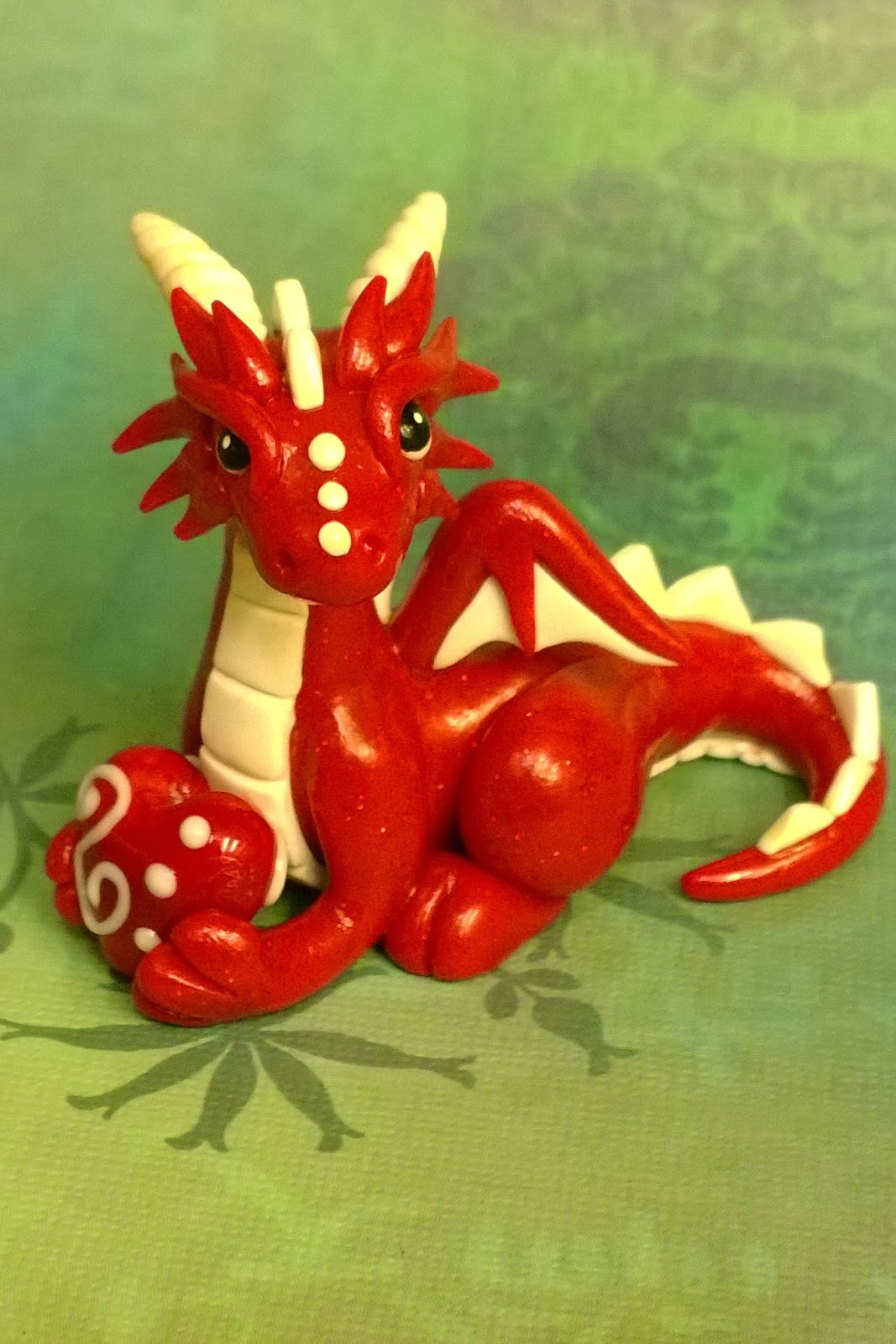 Want to meet me and be a vampire for a night?  You can find information about the Vampire Faire here.  Or just drop in to say hello.

So that's two fantastic events that will be taking place next week.  I'm uber excited for both, and I hope to see you sometime, in the company of fey or vampires.

Here's the question for today's Ask Me Monday.


For the Iron fey series, from which point of view do you enjoy writing the most (if any) and why?

Well, I love all my character's, from Meg to Ash to Puck to Grim, but I'd have to say the point of view I enjoyed writing the most was this guy's. 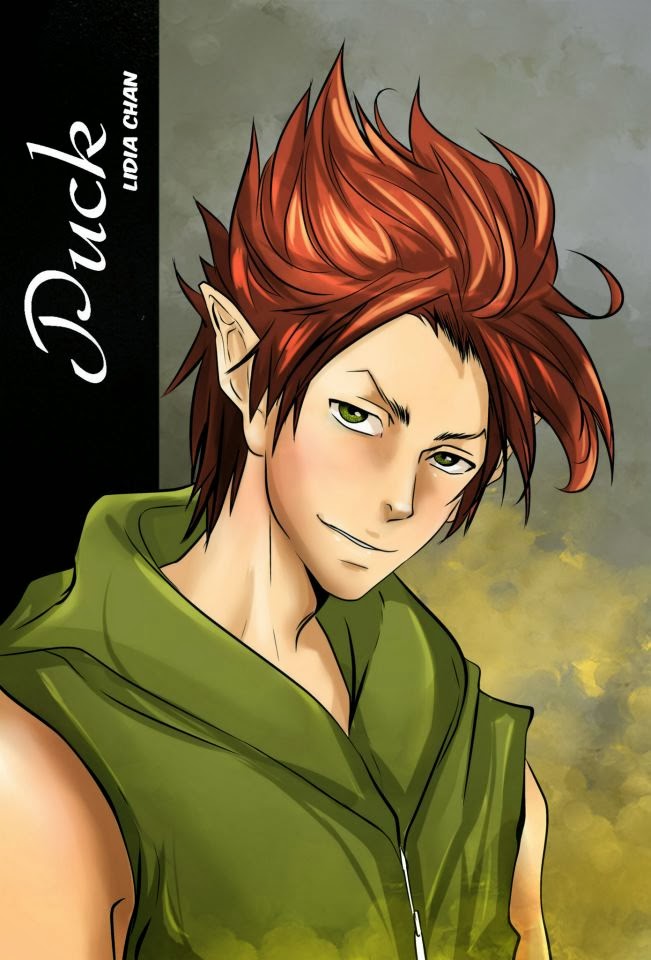 Let's face it, I love my smart alecs, and writing from Puck's point of view is just fun.  His POV only appeared in one novella, Summer's Crossing, but unlike Meghan, who had to grow into a strong character, and Ash, who brooded over everything and had a very dark personality, Puck's inner thoughts were just as snarky and irreverent as the rest of him.  Though the teasing, lighthearted front he put up for everyone was a shield to keep his own pain hidden, and i think that's what surprised me the most.  Puck was in just as much pain, and had just as many regrets as Ash, but had a very different way of dealing with it.  And it was also a blast getting into the head of the famous trickster and seeing his brilliant plans come together.


If you haven't read Puck's novella, Summer's Crossing, it's in the Iron Fey anthology, Iron Legends, available at most book retailers. 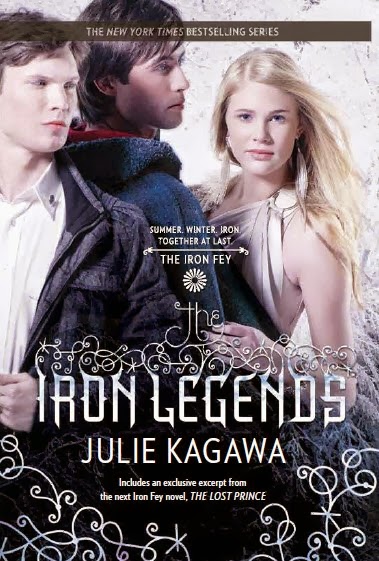 Also, if you haven't heard the audio version of it, give yourself a treat and check that out.  Josh Hurley is the narrator, and does the voice of our favorite prankster perfectly.

Listen to a snippet here at Audible.com.

And that's today's Ask Me Monday.  Questions?  Comments?  Leave 'em both below, and I'll talk to you all next week.  =)