Now that sightings of The Iron Daughter have been confirmed on Netgalley, I thought I'd bring back the lovely teaser posts that drove everyone mad. So, for the first Iron Daughter teaser, I leave you with this:

Tiaothin snickered, flicking an ear back and forth as I squirmed. She grinned, showing all her teeth. “Not your fault, really. Ash just does that to people. No silly mortal can look at him and not fall head-over-heels. How many hearts do you think he’s already broken?”

And, per usual, now its your turn. Grab your current read and share a (non-spoilery) teaser. Or you can request something for next week's teaser, though you might not get what you expect. ;)

P.S. And if you're still waffling about going to see How To Train Your Dragon, stop it. Its sooooooooo good! I want my own Toothless. Why can't I have a dragon? *Heavy sigh.* 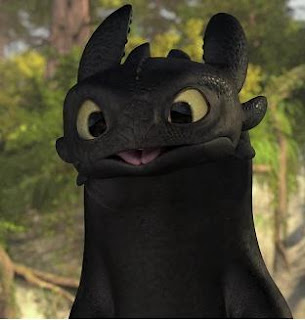 I want a Dragon

How to Train Your Dragon comes out today!

OMG, I am DYING to see this movie. DYING! First, I love dragons. They are and have always been my favorite fantasy creature of all time. Second, I love the concept of dragon-riders. As a kid, I read the Dragonriders of Pern and fantasized about flying around on the back of my own dragon. (Come on, who out there HASN'T?) But, watching the trailers for this movie...I adore Toothless, the little black dragon, and Hiccup sounds great; snarky, sarcastic, the stoic underdog. 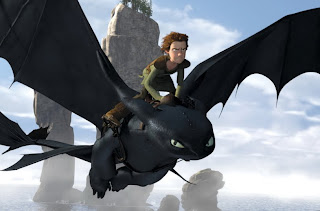 I watched about a dozen trailers on YouTube and was cracking up. It looks hilarious! I probably won't get to see it under Sunday, but aaaagh, the wait is killing me!

So cute! I want a dragon. *Pouts and waits impatiently for Sunday*
Posted by Julie Kagawa at 2:15 PM 5 comments: 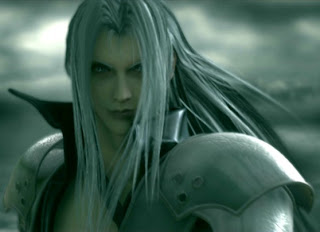 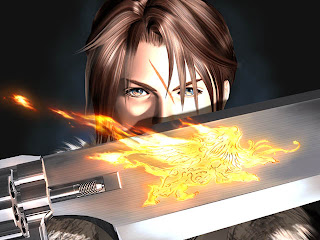 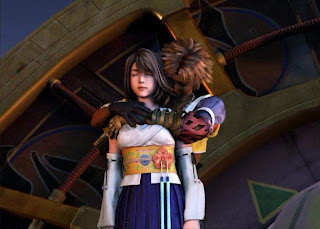 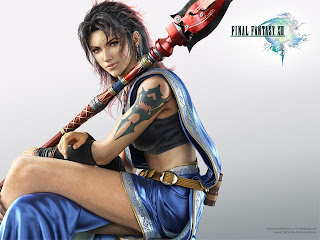 Wow, that was quite the rant. But it had to be said. I think I'll go back to Assassin's Creed II for now. At least Ezio's story is more interesting.
Posted by Julie Kagawa at 10:38 PM 7 comments: 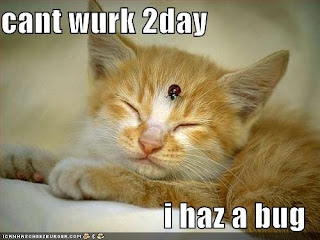 I'm considering filling my sinus cavities with cement, this drip-drip is bugging the heck out of me.

Soooo, how should I celebrate?

I could do another Grimalkin Rock.... 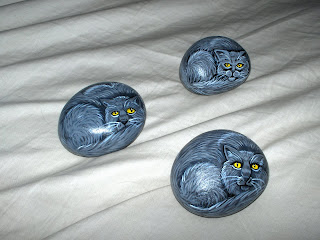 Or, maybe I could offer a chapter critique for all the aspiring writers out there. I get a lot of emails asking for help and advice, and while I cannot give critiques to everyone who asks, I could at least do this.

So, I leave the choice to you, gentle readers. What shall my next contest be? A handpainted Grim rock or a personal chapter critique?

So, Friday night I got no sleep. None. Not one measly hour. Blame nerves, blame excitement, blame Assassins Creed II and the eight-ish cans of Mt. Dew that I consumed before bed, but last night, this was me: 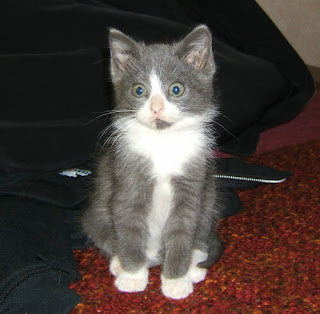 So I was kinda tired come Saturday morning. (I almost fell asleep in my eggs.) But it didn't matter, because that afternoon, I went to Borders to meet three awesome people. Kristi (The Story Siren), Chelsea (The Page Flipper), and Susan (Waste Paper Prose). They are all troopers who drove through the Snowpocalypse to see little ol' me.

They are also troopers for going to a sushi place, and watching in horror as a whole eel was brought out. Pictures were taken of said eel, though I do not have them. They might pop up on Chelsea, Susan, or Kristi's blogs. Try not to be horrified.

Then we went to Borders for my first signing, and many pictures were taken, despite my attempts to hide. (Pics were taken by the lovely and talented Susan of Waste Paper Prose. Thanks, Susan!) 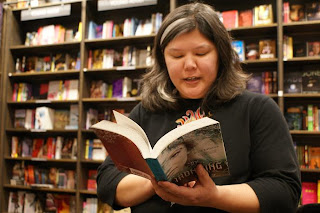 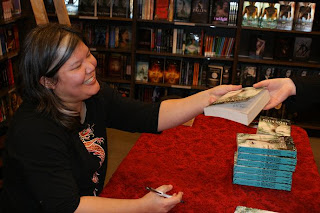 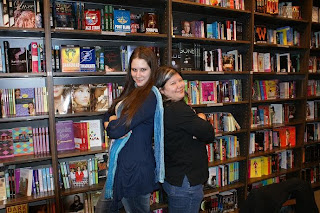 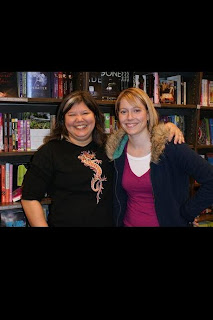 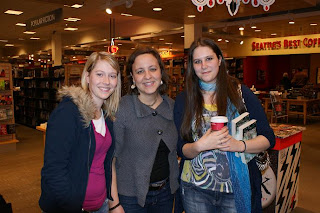 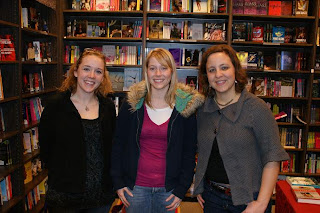 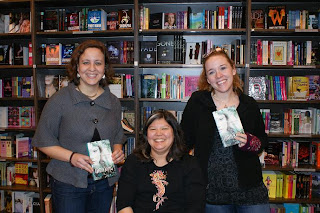 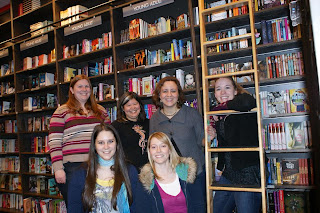 Yes, I am well aware that I have chipmunk cheeks, and that I squint. Can't help it, I'm Asain, lol! But we met lovely Tenners Kelly Creagh and Jessica Leader, and there was a fairly large turnout, much more than I expected. So I was happy, and I got to meet so many cool people, always a big plus. (Also, I'm sure my Mt. Dew addiction will show up on someone's blog, so I don't need to mention it here.) 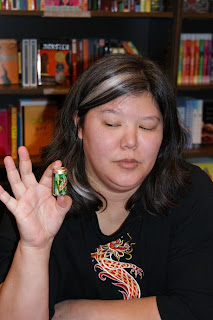 So, thank you everyone who came, who struggled through waist-deep snow to see me, who braved the evil eel sushi and weird Mt. Dew pictures. Y'all are my heroes. Thanks again.

And then I went home and did this: 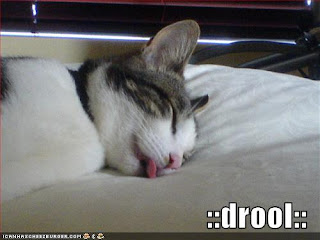