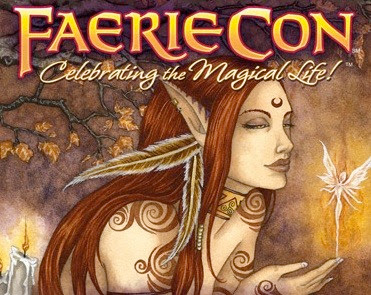 
This year, I'm going to FaerieCon! FaeryCon West, in Seattle, February 10-12 to be exact. Its my first FaeryCon, and I'm uber excited! There will be faery music, faery food, faery authors, faery demonstrations, and of course, faery costumes galore. There will even be a Faery ball, one for "good faeries," and one for "bad faeries." Hmm, wonder which one I'm going to? (Evil snicker)


Its sure to be a fabulous time. I'll be there signing books and speaking on panels with fellow author D.C Grace--who also writes awesome faery books--as well as rubbing elbows with authors like Lisa Mantchev and Charles de Lint. If you come up and talk to me, I'd be thrilled.

If you come talk to me dressed up as either Puck, Meghan Chase, or Ash (the way they are described in the series), I will give you a signed Iron Fey book. (Up to the first 10.)

I'll probably also take your picture and squee a bit. ;)


Details for the con are here. If you do come to FaeryCon West, attend the ball, and run into a short Asian in a kimono with fox ears, that will be me. (Kudos if you know what I'll be going as.)
Posted by Julie Kagawa at 11:45 PM