Interview with the Voice of Ash

Okay, so last week was the interview with the hilarious and charming Josh Hurley, the voice of Puck. The previous week we had the fabulous Khristine Hvam, the voice of Meghan. So for our last guest, it is my absolute pleasure to welcome MacLeod Andrews, the narrator of The Iron Knight and the voice of the ice prince himself. 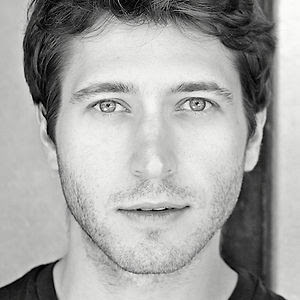 1. Was it hard getting into the character personalities? Or intimidating even, since we love them so much?

I think with any book that isn’t a series you’ve already recorded it takes a chapter or two to solidify your narrator. This was the case for Ash although I came into it with a voice in mind. I modeled him after a young version of a highly regarded older actor. I don’t want to influence anyone’s listening though, so I’m not going to tell you who. Being an Ice Prince I knew Ash needed to command respect, carry himself with elegance, and a degree of emotional detachment. Puck’s playful snark came to me pretty quickly. The Big Bad Wolf was pretty much a constant struggle to growl deeper.


2. Do you read the books for fun, as opposed to a job/audiobook?

I enjoy many of the books I record. If you mean the Iron Fey Series, unfortunately no, I haven’t read any of the other books. Though after reading this one I may have to change that. On my own time I’ve mostly been reading historical nonfiction.

3. Who are their favorite characters from the books?

4. What do you have in common with Ash/Puck?

Like Ash, I think I have a strong sense of responsibility and follow through. And am also looking forward to a son or daughter with the right woman some day.


5. What were their favorite moments of the audiobook? What was the most fun to record?

The River of Dreams, the doppelganger fight, when they came back for the Big Bad Wolf, when Ash became human and still had some powers, and the third trial for Ash’s humanity. My favorite section to record was definitely the third trial where he experiences a potential version of his life as a human. I couldn’t keep myself from breaking down a little in that section.

6. Whenever they are given the voicing over job, do they get to know the characters first?

Sure, I always read the book first and in this case I contacted the previous narrator Khristine Hvam to ask about the characters I encountered.

It was fun and emotional reading Ash. He’s practically a superhero. And his journey lays bare fundamental aspects of the human condition in a powerful way.

8. What scene did they have most difficulty narrating?

Nothing stands out. Maybe the town where the forgotten faery are sucking the life out of our heroes. I recall there being a number of minor characters to voice there.

9. Do they do any preparations before recording?

First I get the book in PDF format and load it onto my iPad using the app iAnnotate. As I read the book I bookmark new characters and start taking note of their attributes. I also assign a “stamp”, like a symbol, to each character. Every time the character has a line of dialogue I put their unique stamp next to it in the margin. If the book is part of a series like this one, I’ll contact the other narrators to check pronunciations and character voices. If there are no other narrators, I’ll often contact the author to ask for pronunciations and whether they hear their characters in a specific way. Sometimes I’ll look up samples of other books from similar genres to hear how other narrators have approached similar material.

10. If you were fey, would you be Seelie, Unseelie, or Iron?

Probably Seelie. I think I’m too emotionally present and cheerful to be Unseelie. But I do like to ski, so there’s that.


Thanks so much, MacLeod! And if you'd like to know more, check out his blog here. You can also listen to a snippet of The Iron Knight at audible.com. Or, if you'd just like to say hello, follow MacLeod on Twitter @MacLeodAndrews.
Posted by Julie Kagawa at 9:07 AM