And we have a winner!

First off, thank you to everyone who entered! It was so much fun seeing everyone's comments and reasons why they're Team Ash or Team Puck. (Or Team Grim.) And a HUGE HUGE THANK YOU to my four Team Captains, Gail, Erica, Stacey and Nicole. I could not have done this without you guys, so thanks so much!

Congratulations to the winners of the signed Iron King and the Grimalkin rocks:

And now, the winner of The Signed IRON DAUGHTER is:


Congratulations, Sonia! I hear you're a proud member of Team Puck! I will be emailing you for your ARC of The Iron Daughter. Congrats again, and thanks for entering!

Sooooooooooo, who won the Faceoff? Well, I went to all four blogs to tally up the votes and we have a very definite and clear winner. The tallies look something like this:

Ladies and gentlemen, the masses have decided. The winner of the Team Ash/Team Puck Faceoff is: 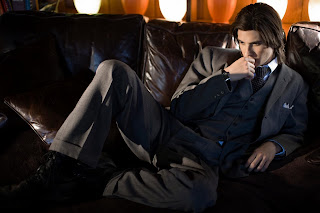 So, Ash has prevailed in this fight. But, Team Puck fans, don't despair. Puck is and will always be the scrappy underdog. And he has more opportunities to sway people to his way of thinking. This battle is not over. Perhaps, after Iron Daughter and Iron Queen, there will be another Team Ash/Team Puck Faceoff.

But then it would be no contest.