Under the reign of good king Oberon, Arcadia was growing. 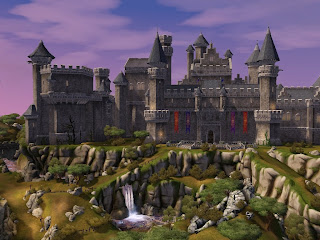 And within the land there was a merry minstrel named Puck. 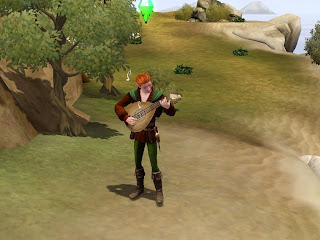 Puck's music was quite popular. 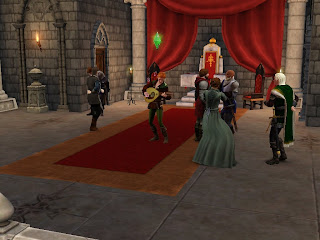 Wherever he went, people's spirits were lifted for a little while. 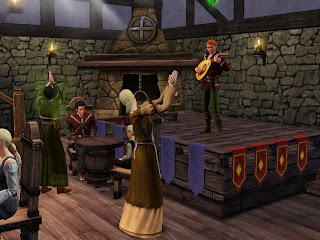 As a poet and playwright, and one who appreciated the written word, Puck was extremely dismayed one day to hear tales of book-burning peasants in Arcadia. 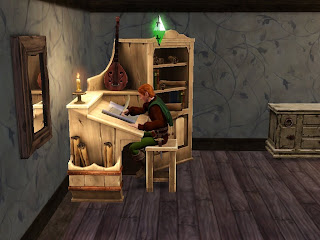 He decided to talk to these peasants, perhaps convince them that the written word wasn't the evil they feared. 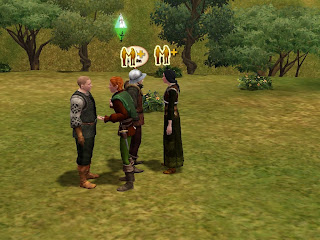 Sadly, the peasant's were stubborn, 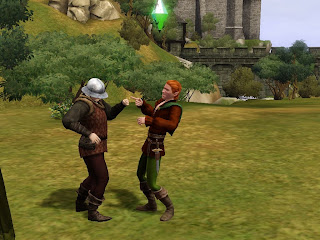 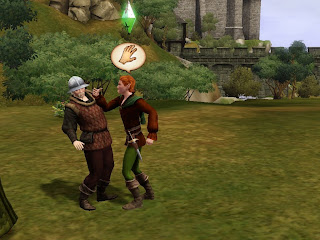 It did not go as expected. 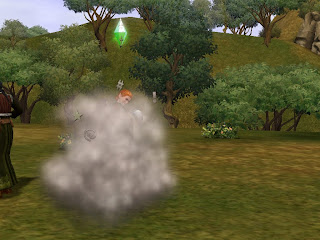 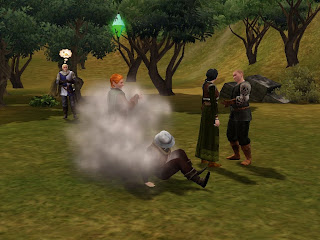 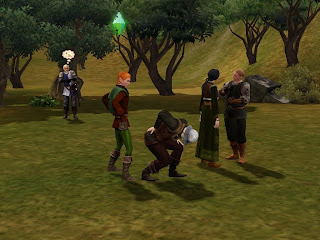 Puck tried a new tactic, reciting a poem he'd composed, hoping it would touch them on a deeply personal level. 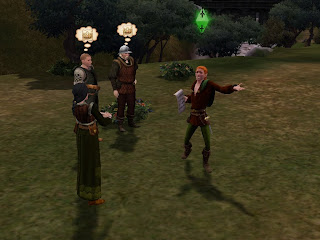 Success! One of the peasants was deeply moved and asked him to teach her how to read. 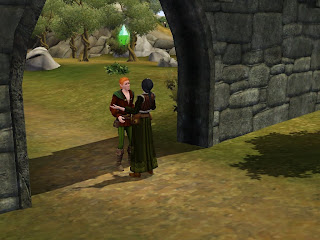 Puck was only to happy to help, and soon... 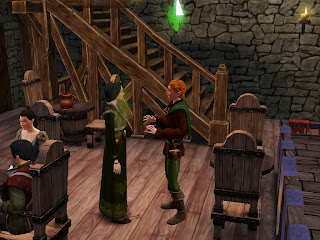 word of her lessons reached the other peasants, who agreed to let Puck teach them as well. Everyday, they met in the forest, where Puck taught them the value of books and the written word. 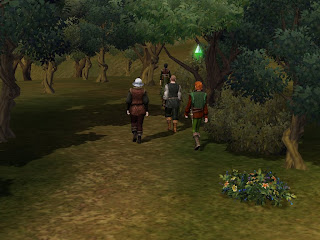 In thanks, the peasants composed a book of their own and presented it to their teacher, vowing they would never harm another page again. 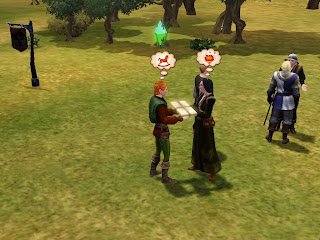 Satisfied that every page was once again safe in Arcadia's borders, Minstrel Puck went home to enjoy the fruits of his labor and relax with a good book.

Next up...teaching peasants about punctuation. 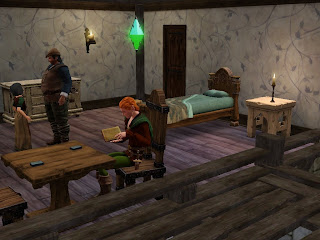