I was supposed to run a giveaway this week, but things kept happening to make that impossible.  I still plan on running the giveaway later, but for now, here are some more chibi clay critter pics. 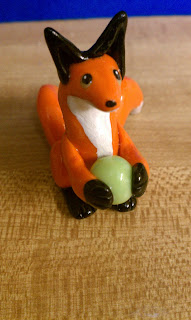 Actually, he's a kitsune, a Japanese fox spirit.  See his kitsune ball?  (It glows in the dark) 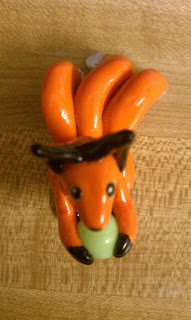 
And his kitsune tails? 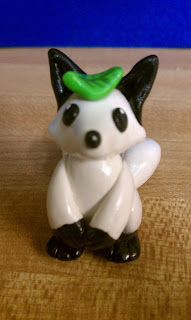 White chibi kitsune.  (They put leaves on their heads when they change shape.) 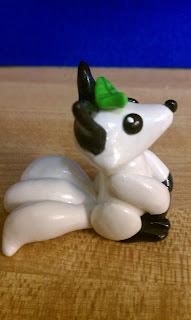 He has multiple tails, too.  (You can tell a kitsune's power by how many tails they have, up to nine for the most powerful.) 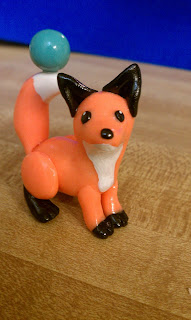 This little kitsune fox glows in the dark. Its so cool; he turns all white and glowy, and his ball turns blue-green.  Sadly, he doesn't glow bright enough for pics, but its still pretty neat. 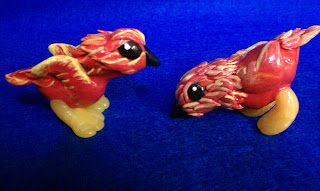 Several people said I should try a phoenix, so I made two chibi phoenix chicks. The one on the right must've tripped and did a beak plant into the ground, and his brother is either telling him to get up or laughing his feathers off.  (Actually, he had a tragic oven accident where he fell over before he was done cooking, but I decided to go with it.)﻿ 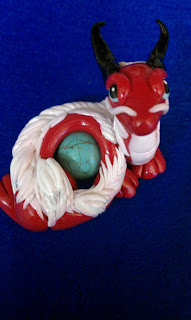 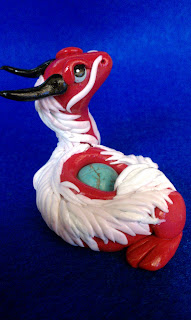 Another dragon.  I'm trying to experiment with different props, so this little guy has a key.  Did he steal it?  Is it the key to a treasure?  Someone's heart?  I dunno, but he has a key. 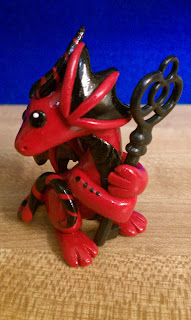 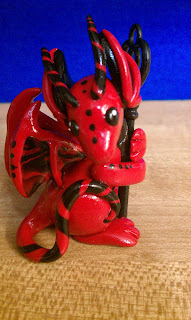 That's it for now!  Keep checking back; one of these days there WILL be a giveaway.  In the meantime, who's your favorite?
-Julie
﻿
Posted by Julie Kagawa at 1:35 AM