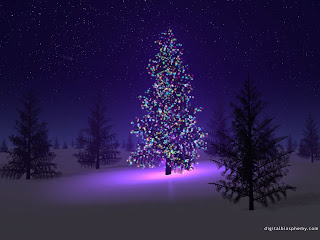 Its Christmas time again. And very snowy and icy, down here in Kentucky; our cul de sac has turned into an ice rink and people are in full Christmas panic mode. It reminded me of another Christmas, about two years ago, when I was writing in my LiveJournal blog. It was faintly amusing, so I'd thought I'd share it with you here, too.

Ah, Christmas. While it makes us want to bake cookies, decorate our yards with inflatable moving reindeer, and stand in fifteen below weather singing to people we've never seen before, it can unfortunately bring out the worst in people, too. With all the shopping and gift buying, fighting mobs of fellow humans in malls, and circling the parking lots like hungry sharks waiting for the raft to sink already, this can stress some people out. It can stress them out so badly that they snap like a dill pickle and do stupid things, like cut in front of everyone else's kid in the line to see Santa, or wrestle old ladies for the last roll of discounted wrapping paper. Or bake fruitcake. 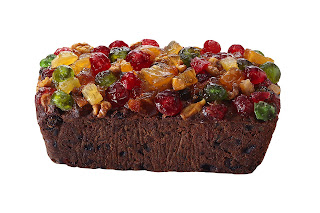 When I was working register in the endless torture of the Store That Shalt Not Be Named, Christmas time always meant a spike in people who wanted to screw you over. Those idiots who thought I was too busy and stupid to notice they still had merchandise on the bottom of their cart, like they could hide it underneath a see-through grate. "Oh," they said, acting surprised and annonyed when I pointed it out. "I guess I forgot about the two-hundred dollar peice of merchandise I stuffed under my jacket. I guess I don't want it after all." "Oh," says the man clutching a roll of bills so fat he could play baseball with it, "you didn't give me the right change. I gave you a five, and I'm supposed to get back a twenty, but I'm hoping you're too busy and frazzled to notice I'm lying through my rotten teeth."

So, Christmas crime is nothing new to me. That being said, I was still mildy surprised when my husband found the contents of somebody's purse scattered in the leaves on the side of our house. This obviously wasn't trash; there were gift cards and a work badge and a 1gig memory card, and pictures of a nice family with three beaming kids. The work badge gave me her name, but there was no wallet or I.D. to tell me who this person was. Long story short, I dug around until I found a list of phone numbers in a coupon envelope, called her friend, who called the husband, who picked up the stuff this morning. Turns out, a thief just snatched the purse from her cart at Wal-Mart and took off. Wal-Mart security chased him through the neighborhoods (we live two minutes from Wal-Mart), but never caught the guy. He was a quick bastard, apparently.

So, I'm glad I could return the stuff to it's rightful owner, and hopefully make someone's Christmas a little brighter. As for the thief, may he run himself straight into an oncoming truck, shatter all of his bones, and spend Christmas alone and friendless in the emergency ward, where they feed him nothing but fruitcake.
Posted by Julie Kagawa at 11:34 AM