I was listening to Lady Gaga today, and it suddenly occurred to me:

Does anyone else think Lady Gaga's Bad Romance describes 90% of paranormal romance?

I mean, think about it. Listen to the song and tell me which couples you're reminded of. For this post, I'm going to keep it to YA, since I'm most familiar with it.

(Note that also, when I say "Bad Romance," I'm not implying that the characters, the book, or the romance is bad. I'm simply comparing it to the song.) 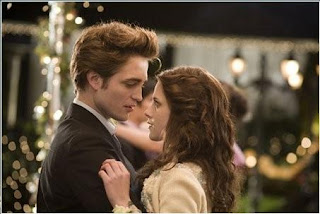 This one is pretty obvious. Bella loves Edward. Edward loves Bella. Edward wants to eat Bella. He's also undead, and on pretty shaky terms with the local werewolf pack. Also, he manages to piss off some Italian vampires. So, yes. Bella and Edward have a pretty Bad Romance, despite their love for each other.

Another instance where the guy starts off wanting to kill the girl. Patch is a fallen angel, and a pretty scary guy for Nora to have fallen in love with. Even she knows she should stay away from him, but she can't help but be drawn to him. Their tumultuous relationship, not to mention Patch's dark past and murderous friends, makes theirs a Bad Romance. 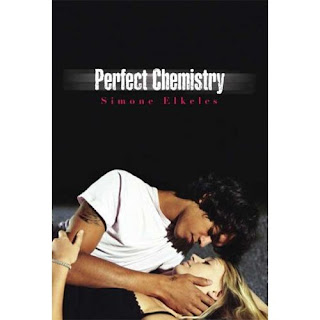 Not paranormal, but proof that Bad Romance can be found anywhere. Brittney is a cheerleader. Alex is in a gang. There's all sorts of problems with them falling in love. But somehow in the end, love conquers all, even though Alex's Bad Boy ways make this a perfect Bad Romance.


Clary and Jace (City of Bones) 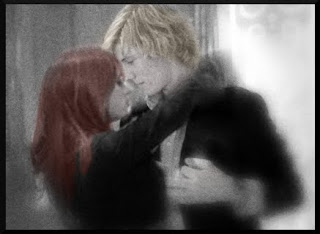 Clary and Jace's romance was made famous when they discovered they were really brother and sister. How's incest sound to you? Pretty bad, yes? For those who have not read City of Glass yet, I won't spoil anything by saying more. But this forbidden relationship is another example of a Bad Romance.

Grace and Sam's relationship, though incredibly sweet and moving, is still fraught with heartache. Namely, that Sam is a werewolf, and will eventually become a wolf for all time. Sam also has a pretty possessive ex who tries on occasion to kill Grace. Even if it wasn't for that, the longing and fear of the approaching winter, knowing Sam will soon be lost forever, is what makes theirs a Bad Romance.


Meghan and Ash (The Iron King)

Yes, I'm even including my own two lovers, Meghan and Ash from The Iron King. They're from different courts, there's a law preventing them from being together, and Ash has, on several occasions, threatened to kill Meghan. Though against his better judgment, he ends up falling for her. Theirs is a star-crossed love, and has all the makings of a Bad Romance.